This conceptual model is an attempt to incrementally add hierarchy and provenance capabilities to the existing SPDX model. Many of the use cases have been considered but further analysis is necessary to ensure that this model covers all scenarios.

This model supports BOM structures by allowing the assertion that a file in one package is the same entity as, or was built from, another package or one or more files in another package. Reuse is supported by allowing an SPDX file to include other SPDX files verbatim. Provenance of files in the packages is supported by allowing explicit statements about who possesses right for a files and under what licenses they allow copying. The ability of a license declaration in an SPDX data set to supersede a declaration in an included dataset allows for revision of the data while maintaining a clear history of the data. 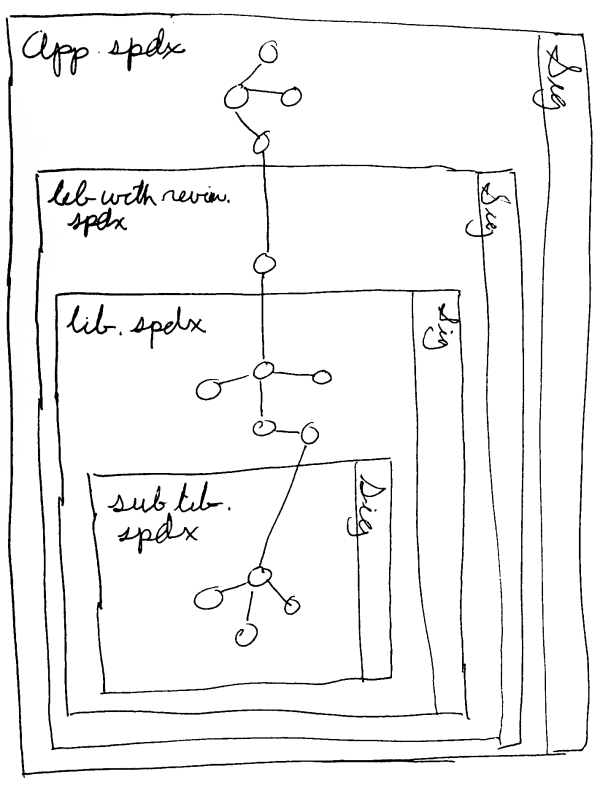 Provenance of the SPDX data is supported by allowing each SPDX dataset to be cryptographically signed. Those signed datasets are included verbatim so their sources are easily identified. Datasets are signed at each level and those signatures enclose all the sub datasets so all the analysis is covered by the signature.